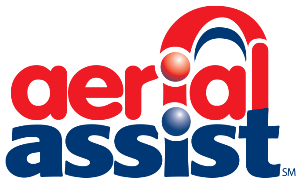 Aerial Assist is the 2014 FIRST Robotics Competition game. Teams of three robots play by passing large 20″ diameter exercise balls between each other and eventually scoring them in goals at the end of the field. Robots can pass the balls over a truss that spans the field for extra points. More Information can be found on Wikipedia . 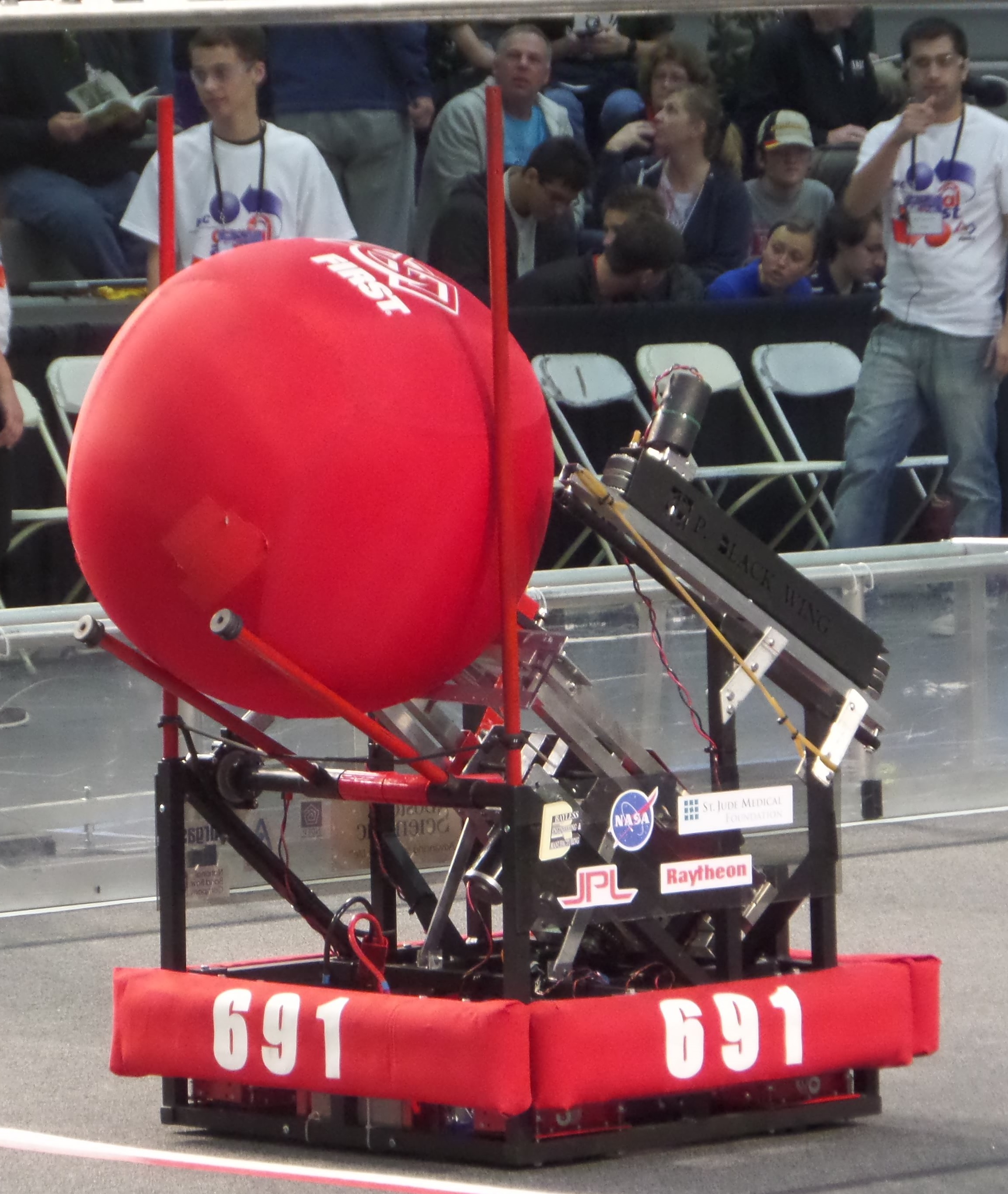 As with many of our previous robots, Blackwing used our well-tested mecanum wheel system for its drivetrain. two extendable arms to retrieve game balls and load them into the shooter, with a motorized gate on the back to change the firing angle. The shooter itself used a cam actuated radial release mechanism, colloquially referred to as a “choo-choo mechanism”, to store energy in two pieces of surgical tubing. Once armed, powering the mechanism caused it to abruptly release its stored energy, punching the loaded ball into the high goal.

Blackwing’s design proved successful in competition, though issues with the shooter mechanism disrupted several matches. however, its strong mecanum drive system allowed it to put on a strong defense, and its pickup arms were effective at scoring game balls into the low goals to gain assist points.