FIRST Steamworks is the game for the 2017 FIRST Robotics Competition. The game is played by two alliances of three teams each. Their robots compete on a field by scoring wiffleballs which represent fuel into a simulated boiler which transfers the generated steam into an airship in the middle of the field. Each alliance has one airship, which they pressurize with steam from the boiler and load with plastic gears from the field. At the end of the match, robots can hang on team-supplied ropes attached to the airship for additional points. More Information can be found on Wikipedia . 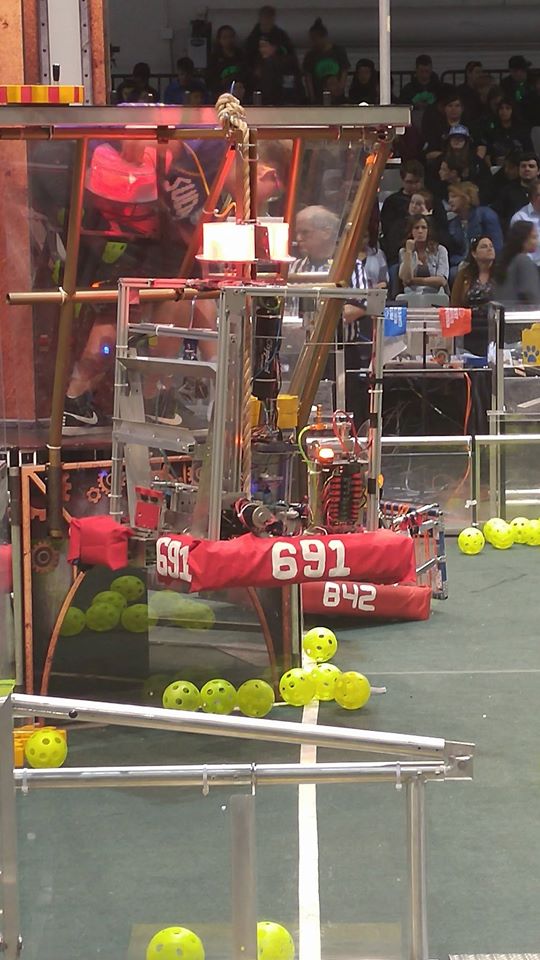